Feel your body. Learn to move it. Have fun. We have discovered the power of entertaining exercise in Finland.

Onni Korhonen leans back like a strained bow, stopping for a second on his toes. The young man releases the power of his muscles, accelerates at full speed and catapults himself into the air. Many things happen while he is flying.

“Randy in a double backout,” explains Korhonen, smiling proudly after a safe landing. “One flip with two and half spirals and double back in one jump.” 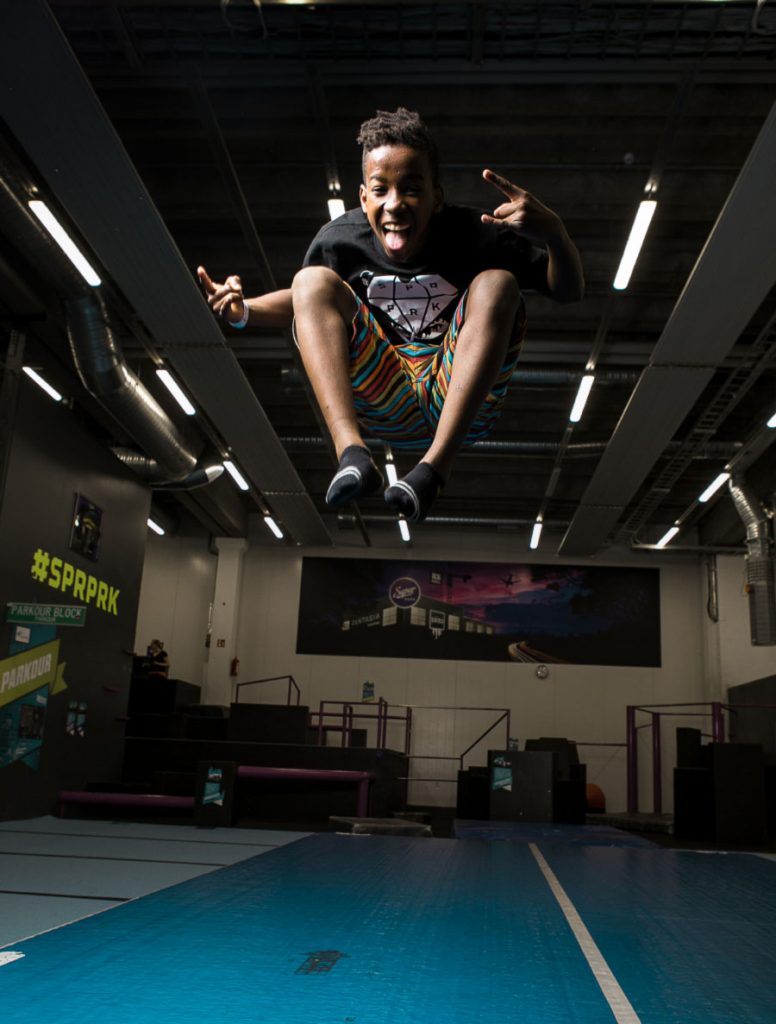 There’s a lot of banging around, a constant happy noise from the slamming and bumping of big and small people. One of Korhonen’s friends has brought a mobile loudspeaker, further boosting the action with the hypnotic sound of the bass.

To the left, a kid launches his bike into the air and dives into a foam pit. To the right, a group of six friends, enjoying some much needed social play, gather like a swarm of birds, ready to jump, fly and soar. Almost everybody has red cheeks. It’s just a regular day here, in the freestyle hall of SuperPark, located near Helsinki, the capital of Finland.

Onni Korhonen is one of their regular customers.

“I do this as much as I can, whenever possible”, he says with a big smile. “This is something that you want more, more and more. This is free and very diverse stuff. I use my imagination and improvise quite a lot. I can’t see any limits.”

13-year-old Korhonen goes to SuperPark several times a week. On a typical winter Saturday he may stay there for up to seven hours, enjoying freestyle tricks until the park closes. He has never counted how many jumps he does in a day. “A hundred, maybe. Or hundreds… Could be.”

Finland is a great place in which to live.

It is one of the most stable, well-educated and safest countries in the world. Under its blue and white flag, Finnish competiveness outranks most countries in the world – especially in sport. Finland’s population is small but its heart is BIG. It has been one of the most successful nations in sport, putting into perspective the small population and the amount of Olympic medals it has won. 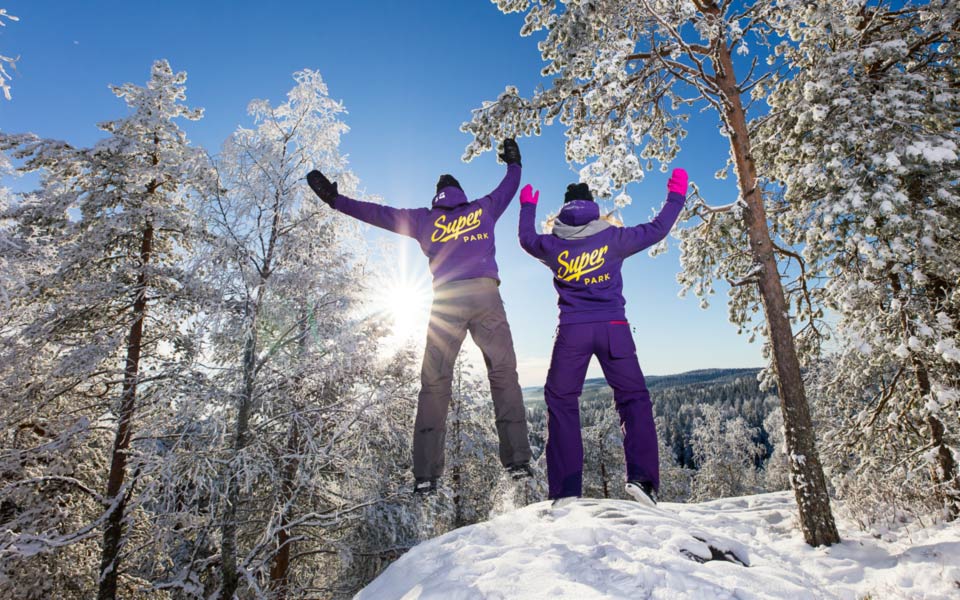 A new trend has emerged though. More time is being spent on the couch and the country’s Olympic medal count has been decreasing in recent years. Parents and experts have become worried. Too many calories and too little movement. The whispers are becoming louder in the expert’s ears: What does this mean for the future of our children’s health and fitness?

The Finns are not alone.

The British Heart Foundation says that the modern lifestyle is setting children up for serious health problems in later life. According to the World Health Organization (WHO), childhood obesity is one of the most serious public health challenges of the 21st century. Xinhua, the national news agency of China writes about Chinese teens who might be growing taller, but unfortunately, weaker and fatter.

The reason: their couch potato lifestyle.

Not one to shy away from adversity, Finland has been one of the first countries rising to the challenge that these worldwide trends have presented. The government, municipalities and institutions have studied ideas and solutions. One of them is simply increasing the amount of exercise in the school curriculum and decreasing the amount of hours that pupils sit. If they can learn while standing- even better! The private sector also plays an important role.

This is where SuperPark takes the stage. The idea of this bustling, ‘needs to be seen to be believed’ indoor activity park, is based on entertaining exercise. Young and old go there to move because it’s fun and exciting. They do freestyle tricks, play games and explore the wonders of the adventure areas. Physical effects come as a bonus. 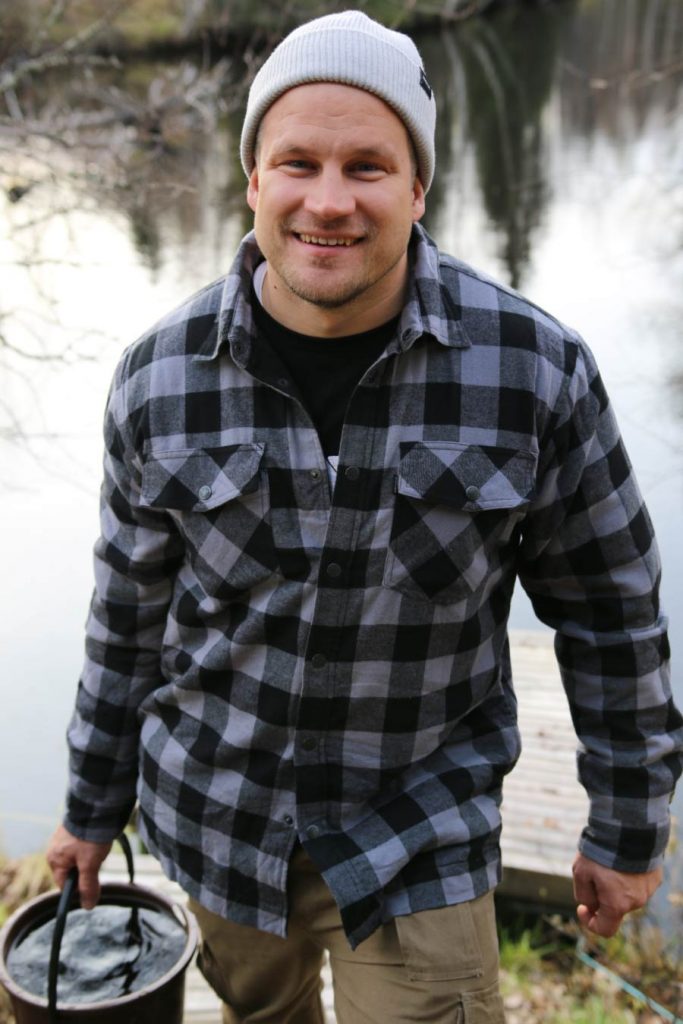 “You run, climb, jump and throw as humans have done since ancient times”, explains Taneli Sutinen, founder of SuperPark Ltd. “We don’t have a single engine here. You have to move your body. You are the engine. We couldn’t imagine how popular this thing would become. We thought that just one park would be enough.”

SuperPark Ltd. was established in 2012. It was supposed to be a single indoor activity park in Vuokatti, a sporty holiday resort in northeastern Finland. Soon, the founders realised that the idea was much bigger than they could have imagined. The crowds steadily increased, and occasionally the park staff had to shut doors due to reaching full capacity.

Fast forward to the end of 2017, and there are a total of 11 SuperParks in Finland. The company has launched international operations and opened SuperPark in Hong Kong. Mainland China, Sweden, France and the Baltics will follow. According to the company’s plans, there will be more than 100 SuperParks worldwide by 2022.

Joy is the key word here.

After that comes the wellness effects that are now well documented.

Our bodies consume more energy when we move. The brain orders oxygen from the lungs, increasing the working power of heart. Endorphins are released as a reward and the joy naturally follows.

The facts are in- exercise helps prevent diabetes and decreases the risk of cardiovascular disease. Building better health is probably the number one motive for adult exercise, but it is not necessarily a very attractive selling point for modern teenagers. According to Mikael Fogelholm, the professor of public health and nutrition, University of Helsinki, the young tend to think that they are healthy enough.

“Satisfaction can’t be achieved by someone else saying what is good for you. You need to find out for yourself. Exercise will be easier when it’s fun, looks good and feels exciting.” Fogelholm says.

Endorphins are the welcome natural chemicals that connect exercise with happiness. You will see a lot of smiles at SuperPark, but even more benefits follow. Among them are the positive social and cognitive effects. The Finnish national agency for education has pointed out that exercise will help children to focus better on their studies. There are individual discrepancies, but in general, it is claimed that exam results will improve.

Freestyler Onni Korhonen is very real evidence of this. Korhonen does well in school, and he has some other hobbies too: he listens to, and composes music, and he plays computer games occasionally. But he reports that the real g-force feels better than the virtual thing.

“In the virtual word, you just stare the screen. You can’t feel your body. You don’t learn to move it. Virtual games are okay but they don’t make you any stronger.”

His mother, Tuija Kulppi says that entertaining exercise has a positive effect on almost every aspect of growth. It provides practice in gaining more speed and power, better motor skills, higher self-confidence, more team-building skills and, last but not least, an extended circle of friends. Onni has friends all over the world, thanks to his own social media activities.

“I don’t spare time or money when providing exercise opportunities for my kids”, smiles Tuija Kulppi. “I see only good aspects in this. I didn’t stop Onni when he scrambled up big trees as a small child. I preferred to shut my eyes.”

Social aspects are highly appreciated in the business of SuperPark. Taneli Sutinen underlines that friendship and team building are at the core of SuperPark’s concept and mission. SuperPark can set up the scenes in the parks and social media channels, but it won’t produce the content.

“We see our clients as the best experts of their own exercise”, says Sutinen. “We are open to their ideas but we shouldn’t interfere in their action. Sweat, pain and blood taste good to some of us but not to everyone. Joyful exercise will fit almost every taste.”

The founder of SuperPark is currently working as a development director of the company. This is the role Taneli Sutinen loves most. Discovering the new attractions, activities and gimmicks for Onni Korhonen and his friends all over the world.

Sutinen shares that he wants to create the most inspiring park scenes in the world. Places where guests become restless, where it is impossible to stay still. The physical activities will be connected to digital measurement and interaction – all done with a super-class attitude.

He explains, “I’ve always wanted to entertain others. Seeing them smile is the best reward possible. Their happiness gives so much meaning to my life as a father and entrepreneur.”

According to Sutinen, SuperPark’s staff members are not coaches or supervisors. They are supporters, friends and fans. Everyone is welcome there!

“We want to deliver an experience which can’t be enjoyed anywhere else. A place where they feel fun and safe, whatever their age, health or skin colour. Whatever we do, we do it with love. If we succeed, SuperPark can become the world’s leading sport service brand. It is easy to copy ideas, layouts and activities. But it’s almost impossible to duplicate spirit, soul or heart.”

Opportunities and challenges are rising for SuperPark, a friendly company from the land of a thousand lakes and blue skies. There is a long way to go until super success. “But what is not impossible is possible, and therefore worth trying”, says Juha Tanskanen, CEO of SuperPark.

“It’s a matter of great content, irresistible service, strong self-confidence and a business process made of steel. But the heart must come first. I feel very privileged when I see small children moving, smiling and sweating down there. To be honest, there are not so many people that know this… But many times, I have shed silent tears while looking at kids and their parents in action. What we have created here makes my heart expand.”

Back to front page